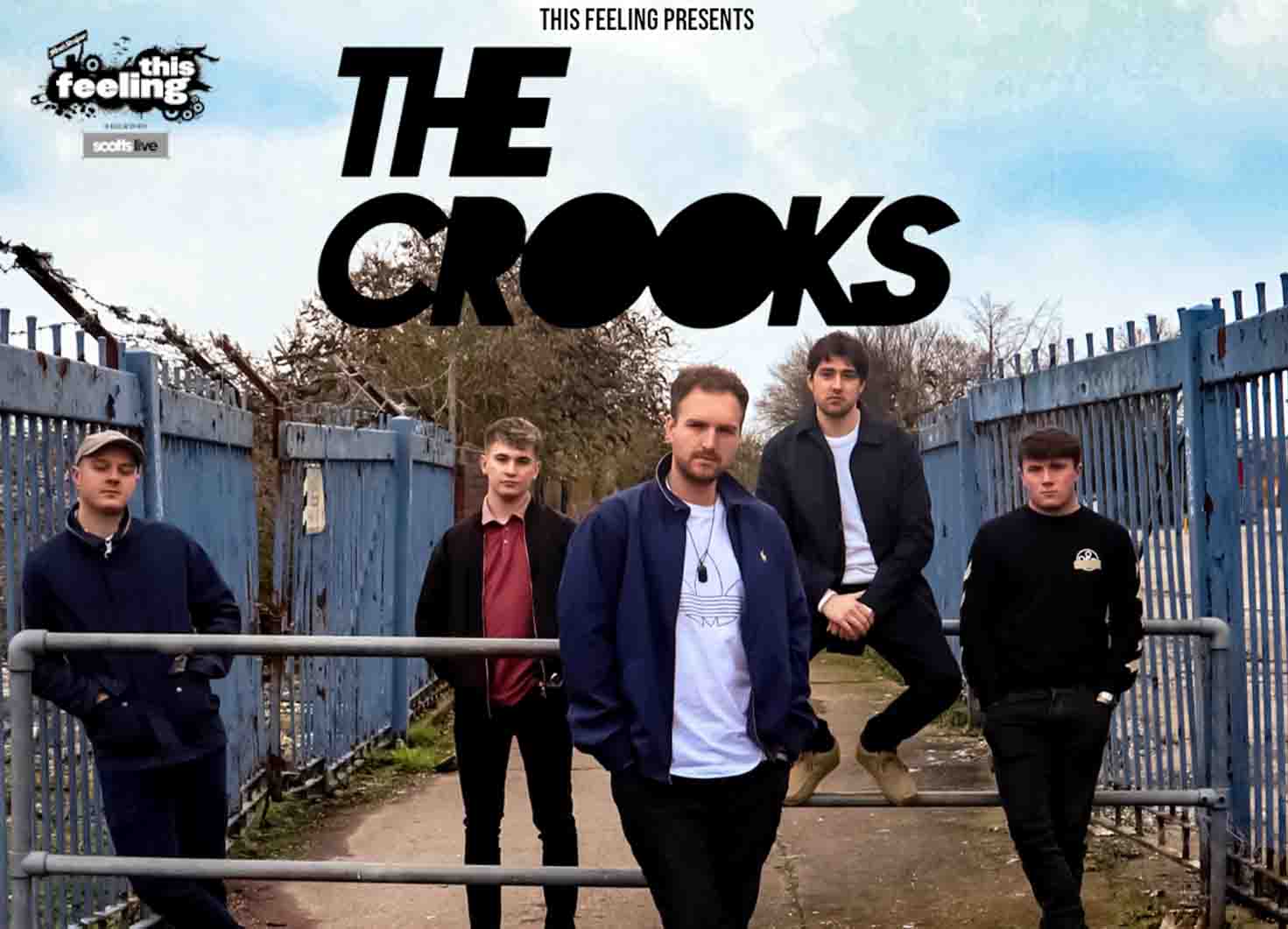 The five-piece band’s music has received airplay around the globe and on national radio stations including RadioX, BBC Introducing and several stations in the United States, South America and throughout Europe.

Tipped as ones to watch in 2020, the group is averaging more than 42,500 streams per week on Spotify and the band’s social media has hit record numbers with most videos hitting well over 30,000 views.

The Crooks play The Leadmill on Thursday 25th November 2021