A tribute to Richard H Kirk, one of Sheffield’s finest. 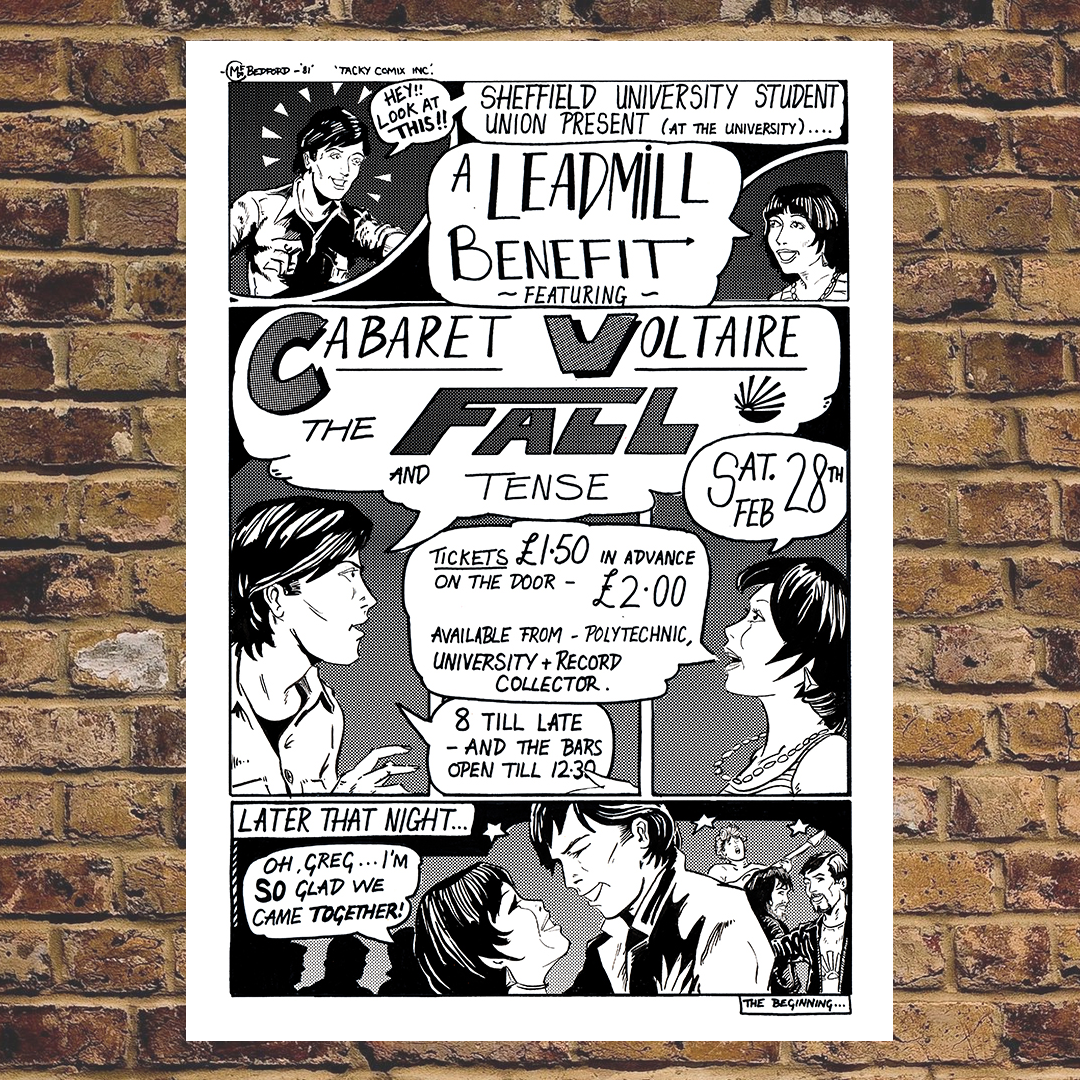 It is with great sadness that we heard of the passing of Richard H Kirk; solo artist, founding member of Cabaret Voltaire and instigator of many other amazing musical projects.

When The Leadmill began, Cabaret Voltaire (The Cabs) were the most exciting talent in Sheffield music, along with the more commercially successful Human League, ABC and Def Leppard.

Cabaret Voltaire were pioneers in music and sound. Richard was joined by Stephen Malinder and Chris Watson. They created soundscapes, rather than songs, an experimented with music and sound that originated with German bands such as Can, Kraftwerk and Tangerine Dream. But The Cabs took things further.

The phrase ‘Industrial music’ was invented for them.

Would you believe, all those years ago (1980 to be precise) The Leadmill was a courtyard, with the remains of a roof above, no stage, no bar, no noffink. Just a space and an intention to make something different. Conceived by volunteers who were otherwise on the dole, times were hard and weren’t a-changin’.

The Cabs recognised the importance of what The Leadmill represented and, in the summer of that year, they played their first gig ever at The Leadmill, followed by a fund-raising event at the Lower Refectory (now known as The Foundry at Sheffield Uni). For a reason lost in time, The Cabs went on first (they should have been the headliners), then Tense and finally The Fall. All money raised went to help the venue.

The Cabs again played The Leadmill (resplendent with roof) on 30th Nov 1984 to support the release of their album ‘Micro-phonies.’ The building had never been so busy. Tickets were like gold dust.

The band eventually disintegrated in the 90’s leaving an incredible body of work and international legacy.

Richard, under his many, many pseudo names, released at least 30 more albums. He also recorded the first ever (secret) sessions of New Order when they evolved from the ending of Joy Division in The Cabs legendary Western Works studio. He had a hit under the name Sweet Exorcist with renowned Sheffield DJ Parrot. There were so many different identities, so much work to come. No one but him knew the full extent of his body of work. The common thread in everything he did was he always focussed on the music not the triviality of fame.

The Leadmill is forever grateful for that support from The Cabs all those years ago and proud of the association.