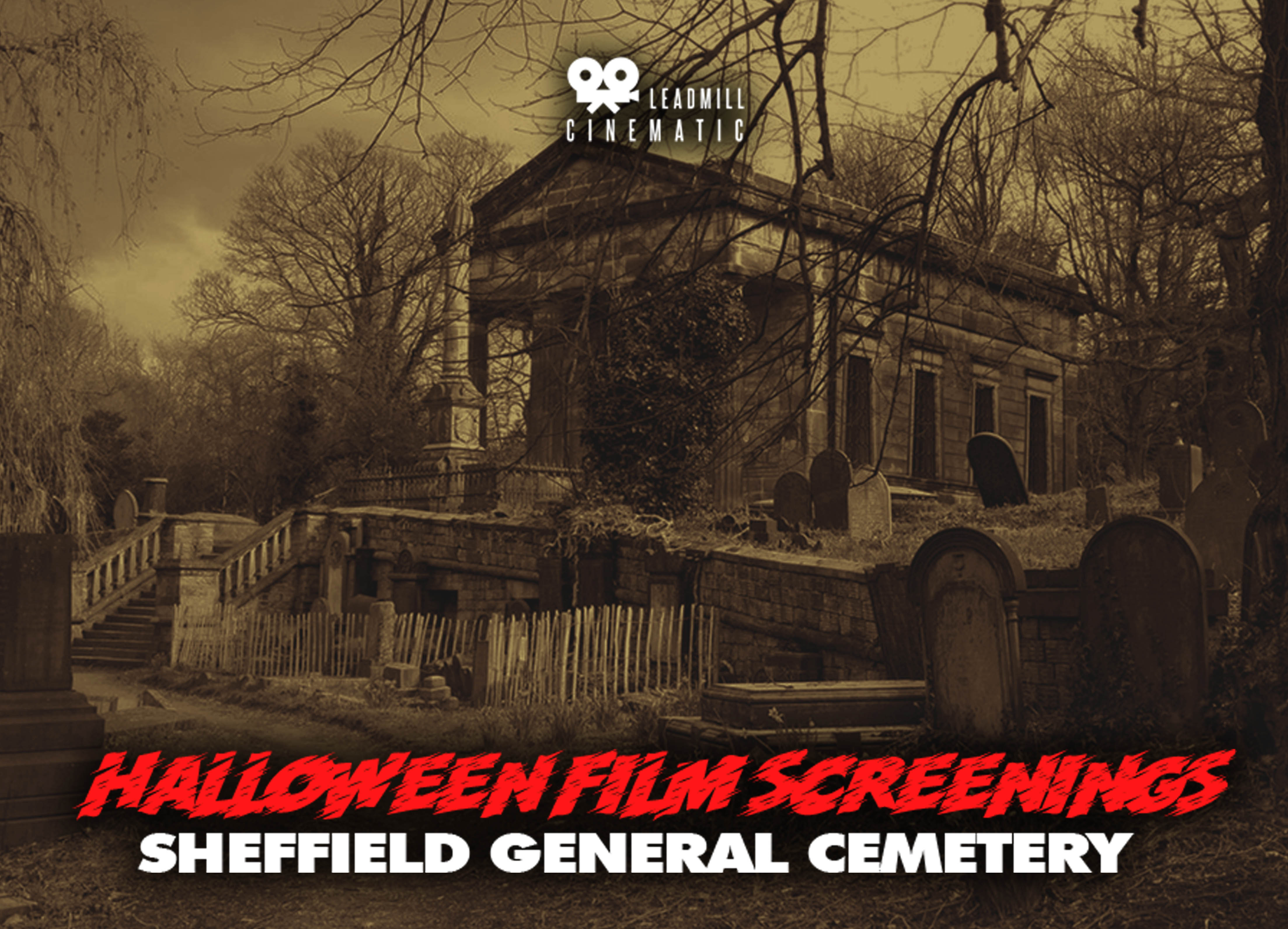 This Halloween, Leadmill Cinematic is moving to Sheffield General Cemetery!

For the first time ever, Leadmill Cinematic is hosting film screenings outside of The Leadmill itself! We’re taking two of Britain’s best loved horror films to the Samuel Worth Chapel inside Sheffield General Cemetery!

THE OMEN – Thursday 31st October – 19:00
Join us for a chilling screening of Richard Donner’s 1976 horror soaked, supernatural cult classic, ‘The Omen’. Described as one of the darkest and most deeply disturbing films of all time.
For over four decades the name ‘Damien’ has struck fear into the hearts of horror fans, in a tale of horrific tragedy of the Anti Christ walking the earth in the form of a small boy. Widely regarded as one of the most cursed films in cinema history, this is not one for the faint of heart…

GET OUT – Thursday 31st October – 23:00
Join us at a screening Jordan Peele’s thrilling modern classic, ‘Get Out’ at a midnight screening inside Sheffield General Cemetery on Halloween. Get ready to be seriously scared..
If you’re in the mood for a gripping horror film then look no further. ‘Get Out’ follows Chris and Rose on their weekend getaway. Chris’ nerves about meeting Rose’s parents are soon calmed by their warm and welcoming home. However, as the weekend progresses Chris starts to uncover a series of disturbing secrets that are being kept by Rose’s parents. This is a nerve-wracking psychological horror which guarantees to mess with your mind..

This is a very intimate venue so tickets are extremely limited, secure yours now to avoid disappointment. On sale now here.

This is an 18+ event. No food or drink is permitted to be brought into the venue.