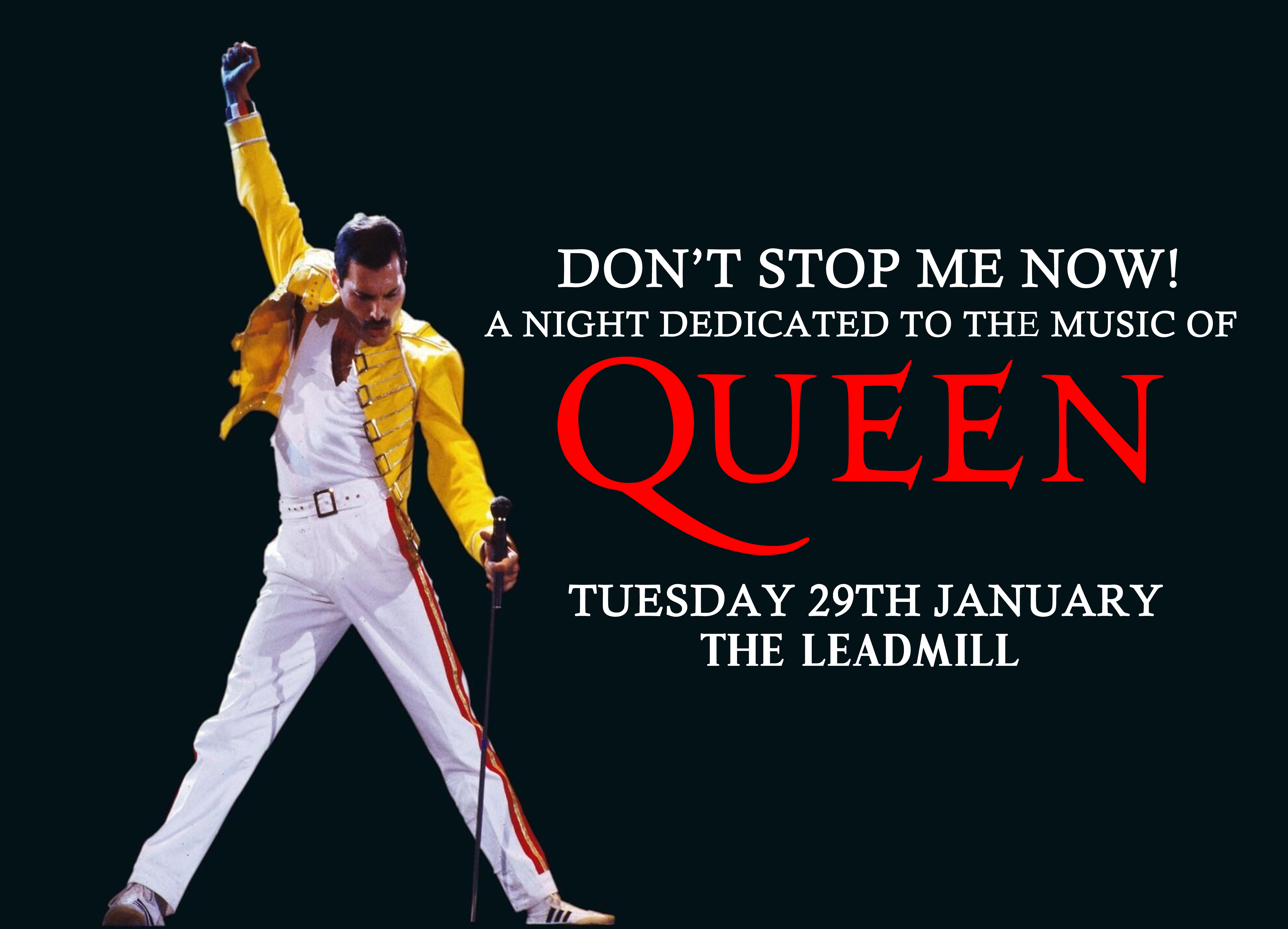 Join us on Tuesday 29th January, as we pay homage to the musical stylings of Freddie Mercury & QUEEN at Don’t Stop Me Now!

Have yourself a real good time with a night full of their iconic anthems, alongside a collection of the biggest power ballads that they have influenced and inspired!

You can expect to hear all of the biggest bangers from…

Early bird tickets sold out within the first hour of announcement! This is set to be a massive night, grab one of the remaining tickets here!