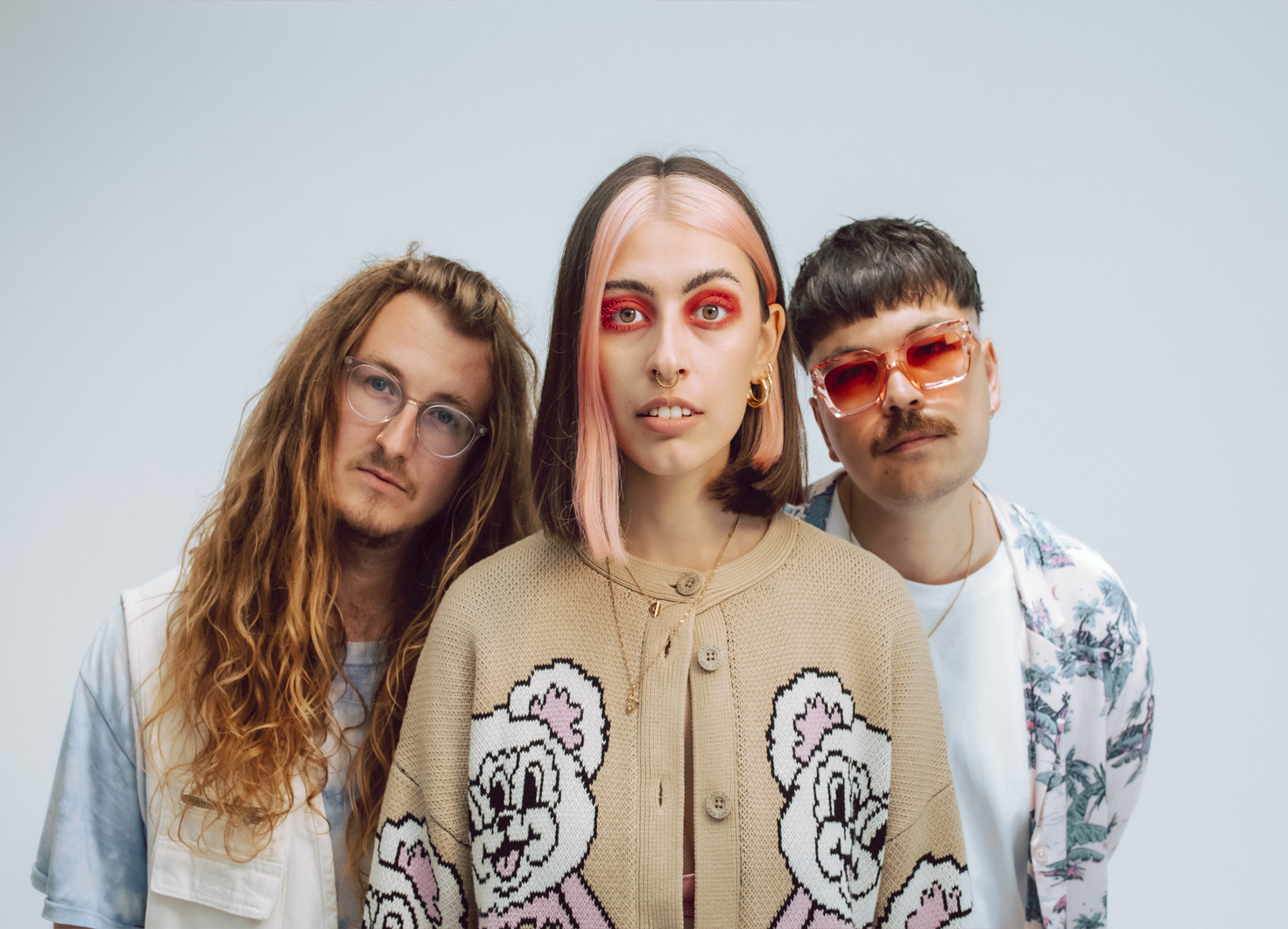 No strangers to the live scene, Orchards have toured extensively, played support slots for the likes of Indoor Pets, Everything Everything and Hippo Campus and appeared on many festival lineups including SXSW, The Great Escape, New Colossus Fest and TRUCK to name just a few.

Having gained widespread acclaim from the likes of NME, DIY, Noisey, Clash, The Line of Best Fit and many more, the trio have previously received radio play from BBC Radio 6 Music and Radio X as well as big support from BBC Radio 1, performing a number of live sessions and interviews.

Born from Brighton’s diverse musical breeding ground, Orchards are among the city’s brightest rising stars. Comprised of lifelong friends Sam Rushton (guitar) and Dan Fane (bass/vocals), who met vocalist Lucy Evers within their first week at university, the band are a resplendent mix of summer melodies and stellar hooks that threaten to be stuck in your head for days.

Combining left-field experimentation with driving Indie-Rock and startlingly prescient Pop sensibilities, Orchards have been described as a “glittery gateway drug”, with a sound that is inherently positive, charming, shimmering and above all else, fun.