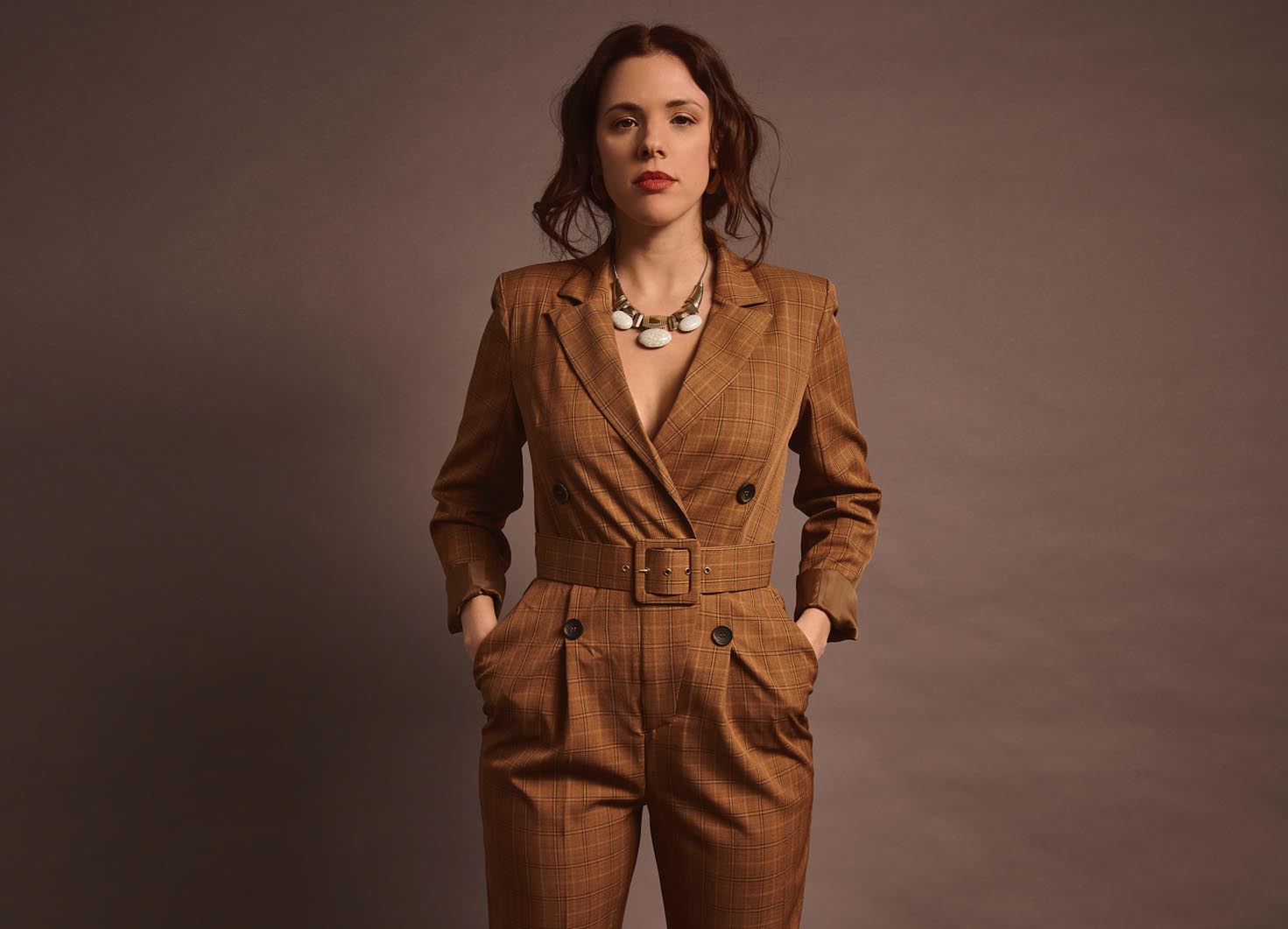 Whereas some debut albums show artists still finding their feet and sonic direction, Kat is unashamedly bold & confident in her abilities as a vocalist and songwriter, effortlessly merging Soul, and classic R&B throughout a mature and well rounded 10 tracks.

Utilising completely live instrumentation (a must for Kat), ‘Talk To Me’ takes the classic vintage sound of inspirations such as Barbara Lynn and Lesley Gore and updates it with contemporary embellishments and relatable lyrics for the 21st century.

As well as her powerhouse vocals, Kat’s songwriting is also adept, tackling delicate and topical issue such as mental health (on title track ‘Talk To Me’), modern love (on the powerful ‘Put Yourself In My Arms’) and drunk dialling an ex on ‘Checking In’.

Kat Eaton has steadily been making a name for herself over the last few years in the UK, as well as overseas. Originally discovered through BBC Introducing, Kat’s singles ‘Giving It Up’ and ‘The Joker’ earned her strong support from BBC Radio 2, Robert Elms and Gaby Roslin on BBC Radio London, as well as BBC Introducing in Sheffield.

Having already toured the UK/EU supporting various artists (Jools Holland, Marc Broussard, The Teskey Brothers, Mama’s Gun), selling out multiple headlines shows in London, co-writing with the likes of Ruby Turner, Caro Emerald and Andy Platts (Mama’s Gun/Young Gun Silver Fox) and breaking through to new territories via the national radio airwaves of Holland and Belgium, Kat has established herself as one of the hardest working and talented performers in her field.

Kat met long time collaborator & now partner Nick Atkinson at just 15 in Sheffield, a city that had a profound impact on Kat & Nick’s musical identity, with its rich lineage of working class musicians influencing the pair massively. Although Kat is very much the face of the project, behind the scenes Nick contributes with co-writing & production credits for the whole record, making the album very much a collaborative effort between them both.