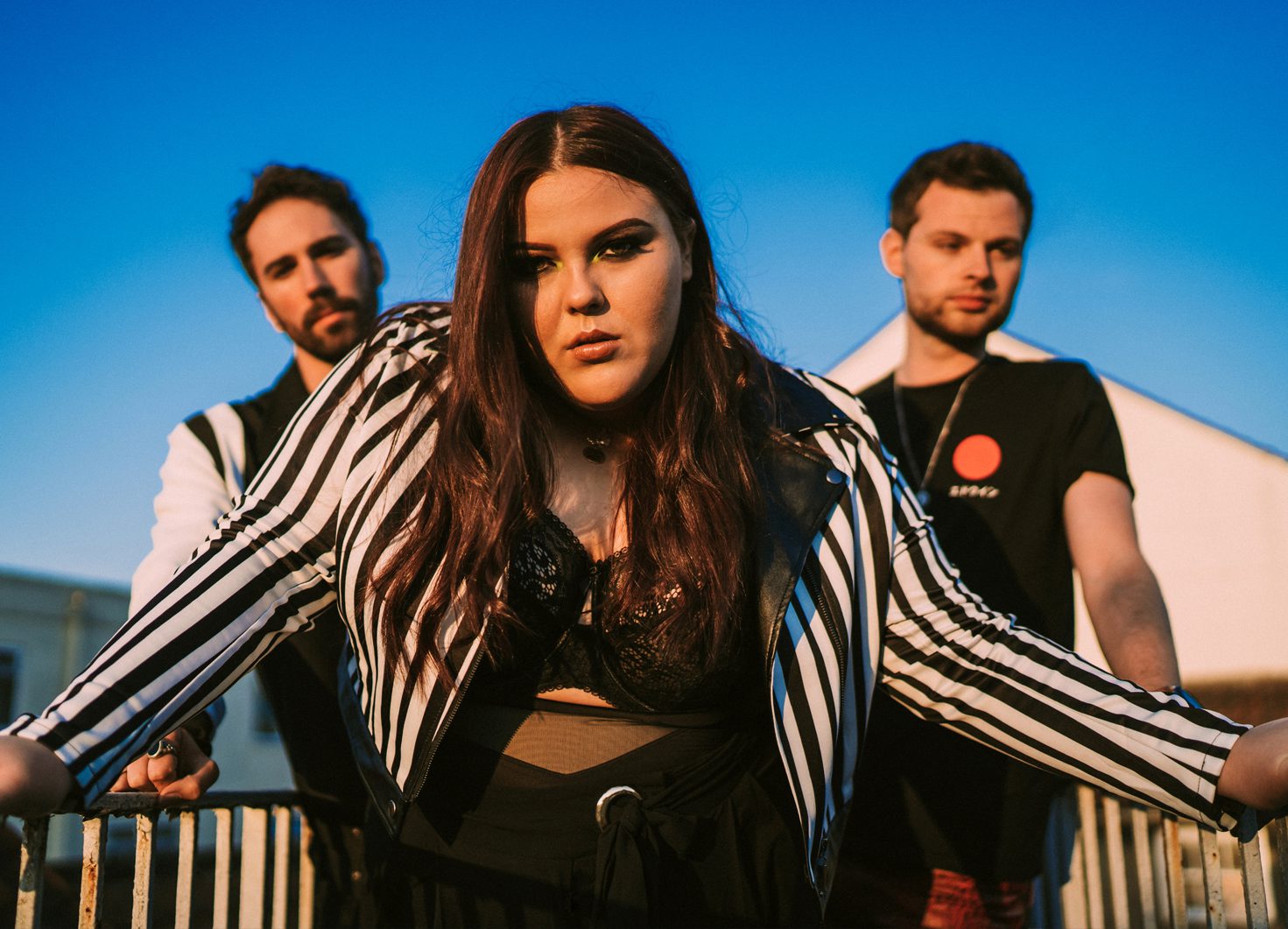 Fronted by vocal powerhouse Stars Walker and featuring Ross Cameron (guitars) and Richard Gartland (drums) Bang Bang Romeo are a young propelling force for a new wave of UK artists and a strong and open voice for the LGBTQ+ community. Stars is being hailed as having a ‘once in 20 years voice’ and the band’s larger-than-life performances are driving audiences wild up all over Europe.

For 2019 the band joined P!nk on her Beautiful Trauma World Tour – P!nk herself made the selection to include Bang Bang Romeo on the tour and the band played their hearts out to new fans at Wembley Stadium (2 nights) and Berlin Olympiastadion.

In addition to performing in front of 1.3 million people in the biggest stadiums across Europe the band performed to a frenzied crowd at Rock Werchter and were main support to Sting at the Montreux Jazz Festival and Foire Aux Vins Festival. At M.J.F. Shania Twain watched their show and is now a fan!

The band’s debut album A Heartbreaker’s Guide To The Galaxy was released on November 1 st and went straight into the iTunes Alternative Charts at #4 and #29 in the overall iTunes Charts. They celebrated the launch with an appearance on Sky TV’s breakfast show ‘Sunrise’ and a full front-page with feature interview in Attitude Magazine.

The record has been mixed by Grammy winner Mark Needham (The Killers, The 1975), and mastered by Howie Weinberg (Arctic Monkeys, Beastie Boys, The Clash). The band are currently working on tracks with Rhianna and Calvin Harris’ writers.The band played their biggest headline tour to date in the UK in October – a sell-out success.

All this is what makes Bang Bang Romeo such a force to be reckoned with. A multi-talented UK band fronted by one of the most remarkable vocalists and performers of the 21 st Century in the form of the torch-bearing Anastasia “Stars” Walker, they are a unique and powerful proposition poised for global success.