The Science of Psychedelics with Dr. David Luke 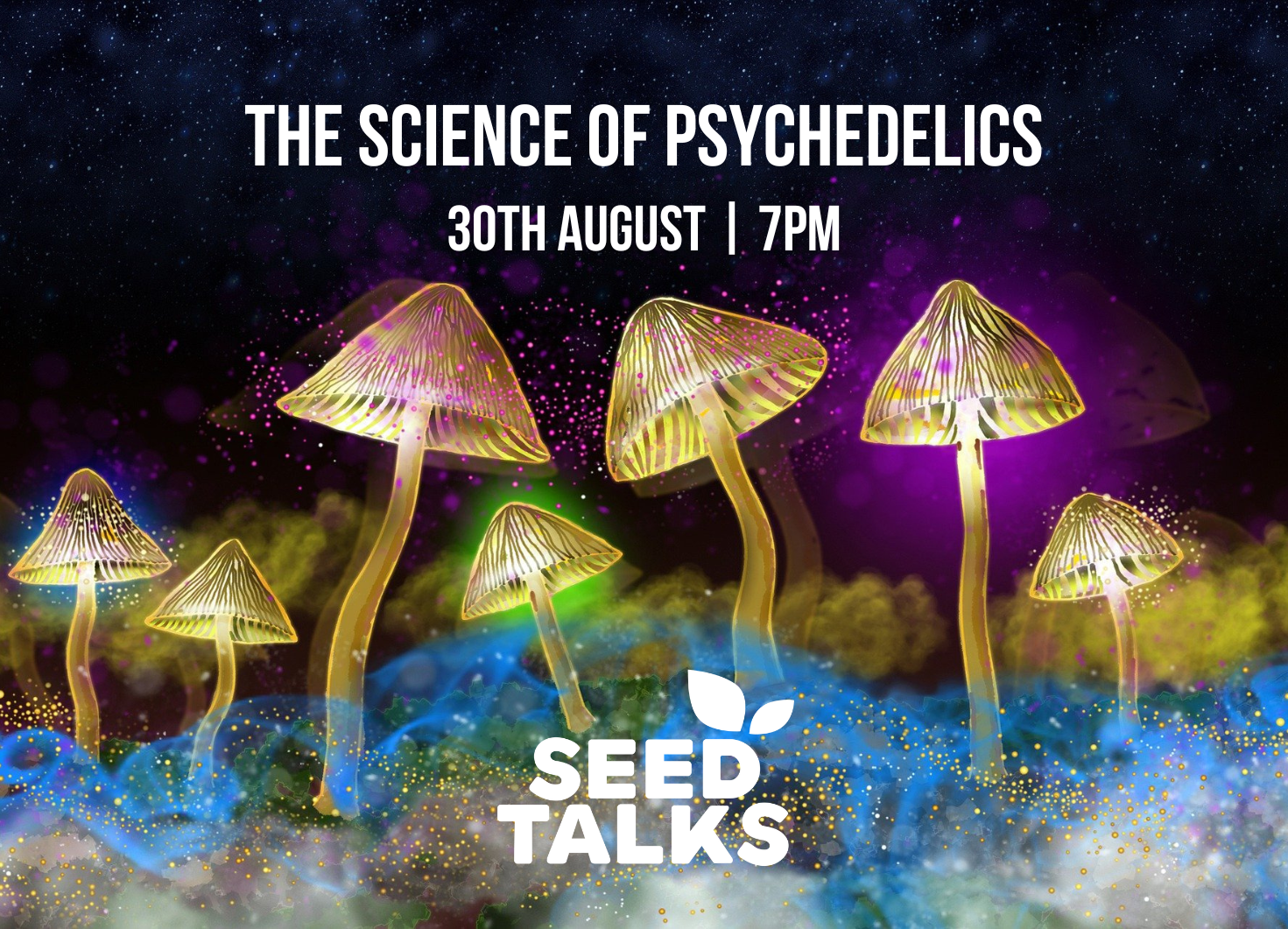 Following a range of sold out events across the country, Seed Talks presents an enlightening talk on Psychedelics from one of the worlds leading experts in this area.

The traditional use of psychoactive plants and fungi for spiritual and shamanic rituals has occurred for thousands of years, whereas the Western scientific research of these substances has only been explored in the last 100 years, and prohibition stalled the last 50 years of this.

In this talk you will be introduced to the science of these traditional psychedelics along with their modern counterparts first synthesised in the 20th century. Dr. Luke will also touch upon the mental health applications for these drugs.

Now that scientific research is resuming, what do psychedelics tell us about the weirder side of human consciousness, and what can be learned from the traditional shamanic practices with these substances? Find this out and more in this enlightening talk..

Dr David Luke is Associate Professor of Psychology at the University of Greenwich. His research focuses on transpersonal experiences, anomalous phenomena and altered states of consciousness, especially via psychedelics, having published more than 100 academic papers in this area, including ten books, most recently Otherworlds: Psychedelics and Exceptional Human Experience. When he is not running clinical drug trials with LSD, conducting DMT field experiments or observing apparent weather control with Mexican shamans he directs the Ecology, Cosmos and Consciousness salon and is a cofounder and director of Breaking Convention: International Conference on Psychedelic Consciousness.

Did you know… We are Sheffield’s longest running nightclub and events venue! Click our History tab to find out more.