Celebrating 20 Years of Love Is Here + support from EEVAH 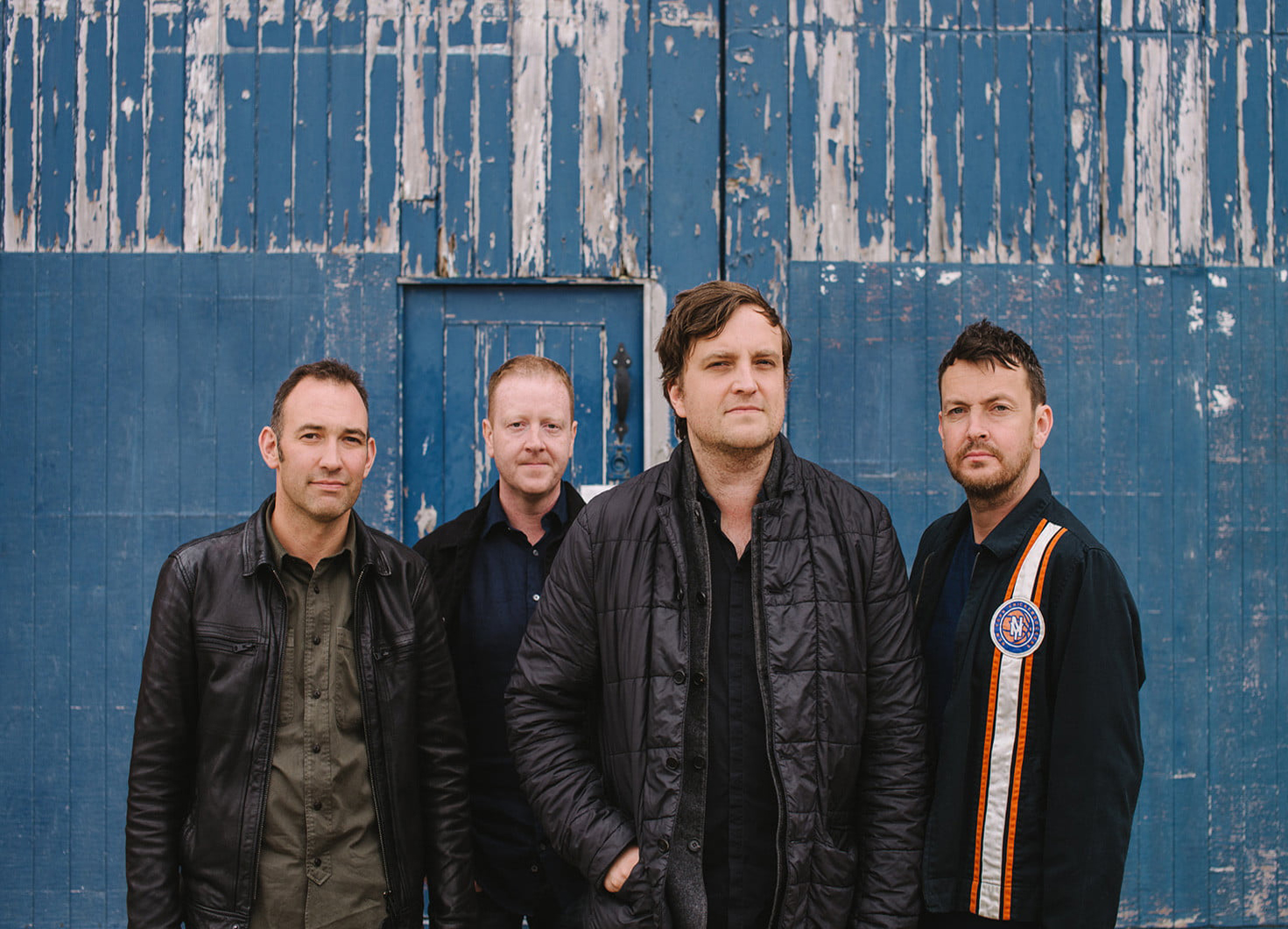 Famed for their expertly crafted take on Britpop, 00’s alt-rock icons Starsailor bring the bangers to Sheffield this December when they perform their seminal album Love Is Here in its entirety.

Starsailor’s initial run of success saw both their ‘Love is Here’ debut album and the 2003 follow-up ‘Silence is Easy’hit #2 on the UK charts as they raced to a total of 3 million sales. After a five-year hiatus, the band reformed in 2014, enjoying triumphant festival performances at the Isle of Wight Festival (UK), Pentaport (Korea), Rock Zottegem (Belgium) to name a few as well as a UK tour with James (the band). 2015 saw them tour the UK, Europe, China, Korea, and a co-headline tour of the US and Canada with Embrace.

The band now return to mark the 20th anniversary of their debut album LOVE IS HERE with a home town show at Warrington Parr Hall, where the album will be played in its entirety.

Starsailor burst onto the scene in 2001 when their single Fever earned them the title of “Britain’s best new band”. The band was formed at Wigan and Leigh Music College by music students James Walsh (vocals/guitar), James Stelfox (bass), and Ben Byrne (drums). Later saw the arrival of keyboardist Barry Westhead, who cemented their sound. In April 2000, after seeing their first London show (at the Heavenly Social) the NME wrote: “One live encounter was enough to convince many sceptics that here was a band who were genuinely special, blessed with a singer whose voice thrummed like an emotional telegraph wire, that swerved the pitfalls of indie melancholia and were clearly in love with rock ‘n’ roll and all its possibilities.”

Their second single, Good Souls, reached the Top 20, and Alcoholic earned the band their first UK Top 10 hit. Their album Love Is Here reached Number Two in the UK Album Charts in October 2001, after receiving great critical acclaim. The year ended with the band winning the “Brightest New Hope” award at the NME Awards. “The whole thing was amazing”, laughs Walsh. “It was like being catapulted into a world of madness. There was no preparation for it at all”.

Phil Spector was originally appointed to produce the band’s second album, Silence Is Easy. The resulting recording sessions at London’s Abbey Road were short-lived. Their collaboration proved to be frustrating, with Spector and the band butting heads on several issues. Only two tracks made the album, Silence Is Easy and White Dove. Starsailor co-produced seven of the other tracks with former Elbow and Doves producer, Danton Supple. John Leckie (The Stone Roses & Radiohead) also produced Shark Food. Silence Is Easy reached Number Two in the UK Album Chart and soon went Gold.

The third single from the album, Four to the Floor, was remixed by Thin White Duke, and became a popular club hit, reaching Number One in France. Walsh wanted the track to become the band’s I Am the Resurrection, something to be played in “indie discos everywhere”. The resulting tour saw them joined by Mark Collins, from The Charlatans, playing additional and lead guitar.

The group relocated to Los Angeles to record their third album, On the Outside, with producer Rob Schnapf. The sound was different from the previous two releases; it was far heavier than its predecessors, and aimed to capture their live sound. “This release proves the band are still capable of well crafted, affecting songs. Counterfeit Life, for example, rails against materialism with commendable disdain as singer James Walsh denounces corporate glory above a distorted guitar riff.” Jack Smith (BBC online).

All The Plans saw Ronnie Wood from The Rolling Stones joining the band on the title track. Their fourth album debuted at Number 26 in the UK Album Charts in March 2009 amidst favourable reviews. Dave Simpson (The Guardian) wrote: “These are epic songs full of delicate strokes, Waterboysguitars and heartfelt passion. Writing about loves lost and lessons learned seems to have given singer/songwriter James Walsh real drive and focus. The songs have hooks big enough to land fish on”.

On May 20, 2009, Starsailor were named Hard Rock’s “Philanthropic Artist of the Year” in recognition of the work they’d done in support of the Caron Keating Foundation, the AECC of Barcelona and Nordoff–Robbins Music Therapy, as well as having contributed an exclusive cover of Graham Nash’s Military Madness to the World Hunger Year Serve3 charity album.

The band have enjoyed more than their fair share of prestigious gigs, supporting the likes of The Rolling Stones, The Police, The Killers, and U2, and have sold over 3 million albums worldwide