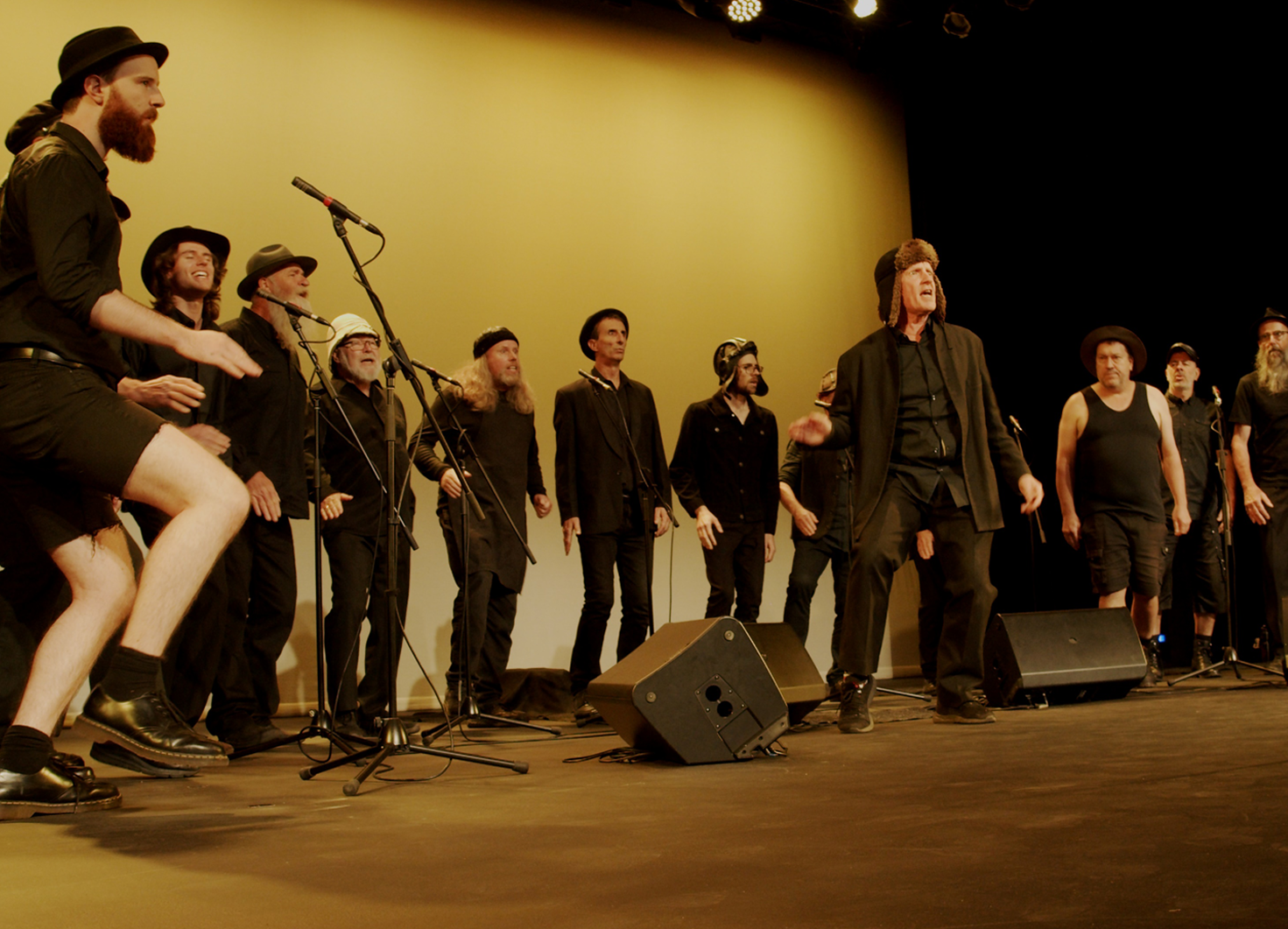 As thunderous as a herd of wildebeest, as sly as a wagonload of Spike Milligans and as sonorous as a cloister of monks, the Spooky Men’s Chorale are the gift that keeps on giving.

They emerged blithering and blinking-eyed from the Blue Mountains of NSW in 2001, and armed with no more than their voices, a nice line in deadpan and an ill-matched set of hats, have been gleefully disturbing audiences everywhere since.

Formed by NZ-born spookmeister Stephen Taberner, the Spooky Men soon attracted attention with a judicious combination of Georgian table songs, pindrop beautiful ballads, highly inappropriate covers, and a swag of original songs which seek to both celebrate the “boof” and mock it.

The Spooky Men’s CV includes eight tours of the UK, six CDs, sell-out shows at theatrical venues like the Melbourne Recital Centre, and festival appearances too numerous to mention. Faced with a mid-life crisis, they chose not to become a tribute band to themselves, but instead find ever fresher, deeper, more ludicrous perspectives, such as those found in their latest album Welcome to the second half.

Always renowned for a combination of Visigothic bravado, absurdist humour and eye-moistening tenderness, the Spookies in middle age, and fortified with a new generation of wunderkids, are more masters of their territory than ever before. They will delicately garnish their much-loved black-catalogue with new incursions into beauty and stupidity, somewhat like a chocolate muffin with bits of chocolate in it. You must see them, really you must.

“Inspired – and a triumph of choreography! Catch them on the road – a fantastic night out is guaranteed!” Mark Radcliffe, BBC Radio 2

“Highly theatrical, they veer from weird to touching and back again. Grown up entertainment in the best, most infantile way. Don’t miss an opportunity to see them”