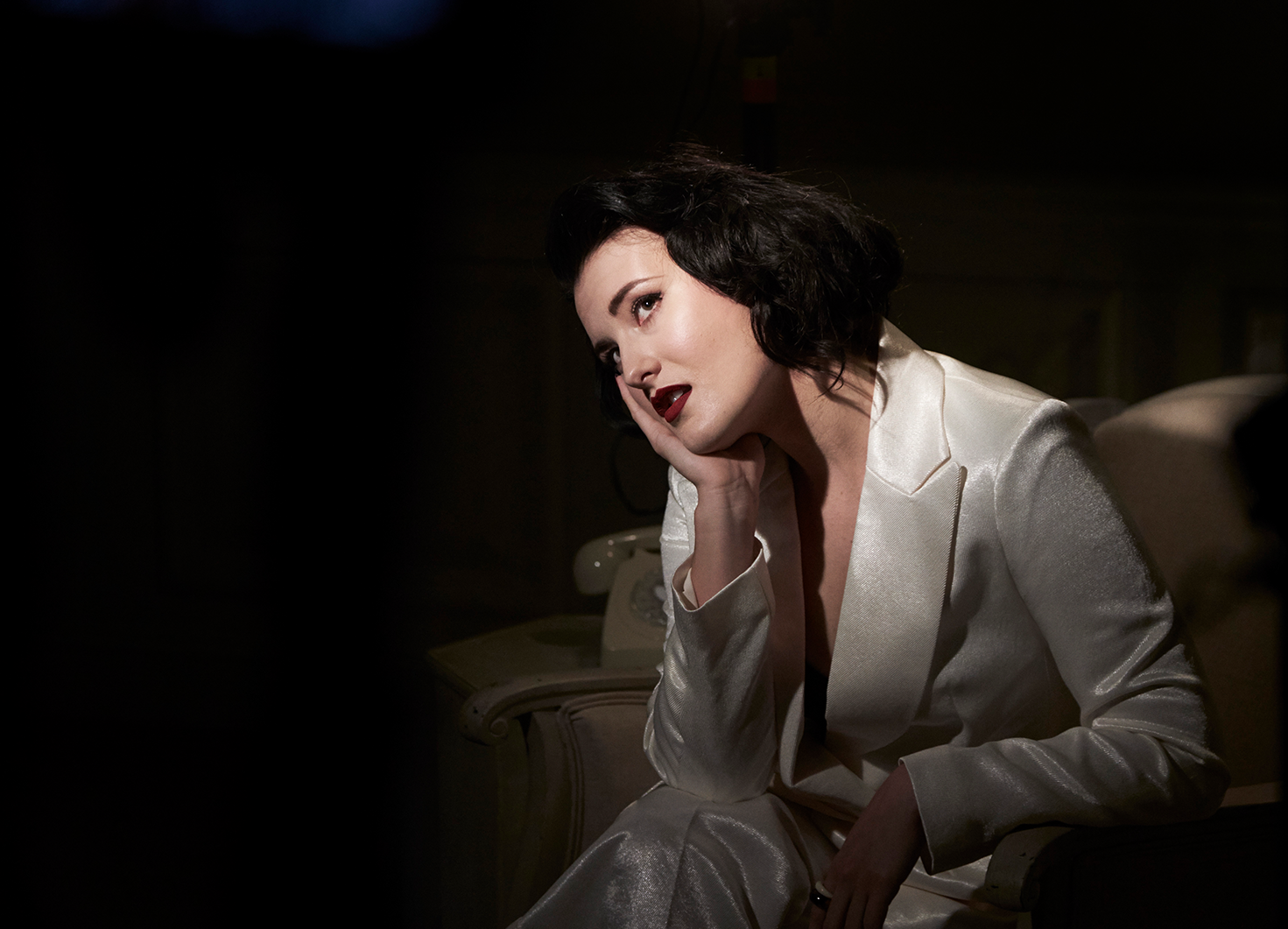 Revel In The Drama is a brilliant and bolder take on the timeless pop of Ren Harvieu, seven years after her Top 5 debut album and having overcome a life-threatening injury. Harvieu’s defiance against the odds and her willingness to lay herself open to make what she believed was within her is baked into every groove of the record, across every stylistic turn: the giddy pop of ‘Strange Thing’, the gothic swoon of ‘Cruel Disguise’, the smokey seductiveness of ‘Yes Please’ through to the stirring torchsong finale ‘My Body She Is Alive’.

Harvieu has come a long way from the 17-year-old who was signed to Island Records and who had no intention of becoming a singer-songwriter. Even when she made her debut album “Through The Night”, her confidence was low. “I did help write a few of the songs on that record, which I’m still very fond of, but I felt more of a mouthpiece for someone else’s talent, which eats away at you especially because I had so much to say lyrically I just hadn’t learnt how to as yet.”

Her injury – a broken spine following “a freak accident” between recording and releasing her debut album – undermined Harvieu even further. Likewise, Island parted ways with her six months after it’s release, despite a Top 5 chart entry, making the BBC’s Sound Of 2012, a 5-star live review from The Guardian and TV exposure. What followed was what Harvieu describes as “some very dark years” which she addresses in songs like ‘Spirit Me Away’ and the 50’s ballad-evoking ‘You Don’t Know Me.’ A split with her long term partner, her manager and then her beloved Salford. “In one fell swoop everything was gone. I knew I had to get away, start again, rebuild myself.”

It wasn’t until 2015 to be exact, when she met Romeo Stodart, the Magic Numbers frontman and songwriter who had emailed after seeing her perform on Later… With Jools Holland, to ask if she’d consider writing together. “When we started, the energy was immediately different to anyone I’d worked with before, there was this insane instant musical connection” she says. “I loved that Romeo really embraced who I was and encouraged it, I was starting to realise that I didn’t have to be anything other than myself.”

The pair spent the next two years co-writing: “I wasn’t in a massive hurry, because at last I was having fun” Harvieu says. ‘We’d stay up all night drinking, dancing and playing music, I felt like I was re-discovering a girl who had been hidden, quietened. I’d tell Romeo, I don’t just want to paint pretty pictures I want to revel in the drama of my life, the good and the bad, before I was afraid to say something in my lyrics, but no longer. I felt free.”

The album was co-produced by Romeo Stodart and Dave Izumi Lynch, owner of Echo Zoo studio in Eastbourne where recording took place. “It was a truly magical experience working with Dave & Romeo, they are two absolute nurturing musical wizards.” says Harvieu.

So what now, Ren Harvieu? “I’ve created a second chance for myself“ she says. “And I will keep creating second chances for myself, because this is my life and I’m not afraid to revel in it anymore.” Revel In the Drama of Ren Harvieu – finally we all can too…