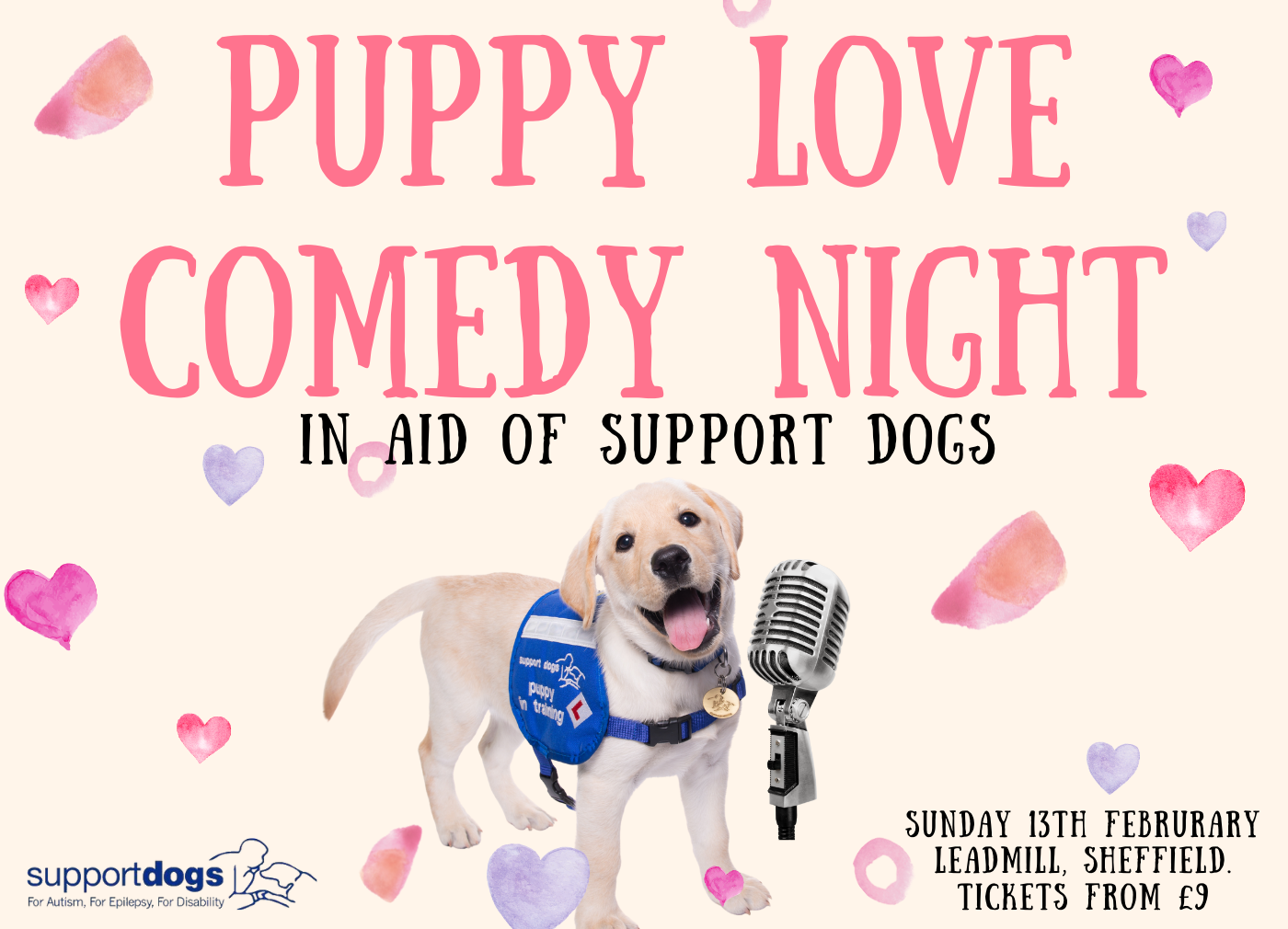 Four top comedians, puppies and raising funds for those affected by autism, epilepsy and physical disability- what better way to spend a Sunday night.

Raising funds for Sheffield-based charity Support Dogs, join us for an evening of comedy with 4 amazing acts and a chance to meet our puppies and dogs in training.

With drinks, food and table seating available and a raffle with amazing prizes items up for grabs, make it a date night with your partner or a Galentines night out with the girls, whoever you come with you’re in for a great night! 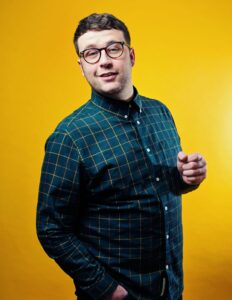 One of The North’s fastest rising talents. Winner of Best New Comer at Edinburgh Fringe Festival 2017. He made his TV debut on BBC1 with a 30 minute stand up special ‘Live from the BBC’.  Likened to a “Peter Kay for the smart phone generation”, Chris has also appeared on ‘Mock the Week’, ‘House of Games’, ‘Stand Up for Live Comedy’ (BBC) and ‘The Stand Up Sketch Show’ (ITV2) as well as hosting a podcast and Radio shows for Radio X.

“He will be a big name” Love Comedy
“Funny, relatable and heart warming” Broadway Baby 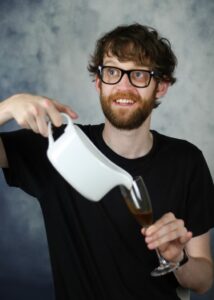 Six foot seven of pure funny, Rob Mulholland is a bombastic, mischievous gag-slinging rascal with a heart full of humour. An established, bullet-proof comedy Pro forged in the fires of the nothern comedy circuit who now travels the world packing big belly laughs. A regular at all the biggest comedy clubs in the UK.

Danny Sutcliffe is a stand up comedian from Droylsden, Manchester. He started doing stand up in 2009, and in all the gigs he has done since then, has only been knocked unconscious once. That was his best gig. He used to have a brilliant perm, but he doesn’t anymore. It was proper brilliant. He misses it every day. He might grow it back. 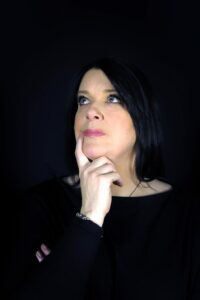 Hot off the heels of tour support for Joe Lycett. Karen is one of the midlands best acts. Delightfully saucy, her friendly and confident stage presence, combined with a killer wit, an infectious giggle and some devastating one-liners make her a comedic force to be reckoned with.

“Likeable headstrong persona- packing a considerable performing punch.” The List
“Funny in her own right, she was brilliant, clever and she’s gonna be huge.” BBC Online.