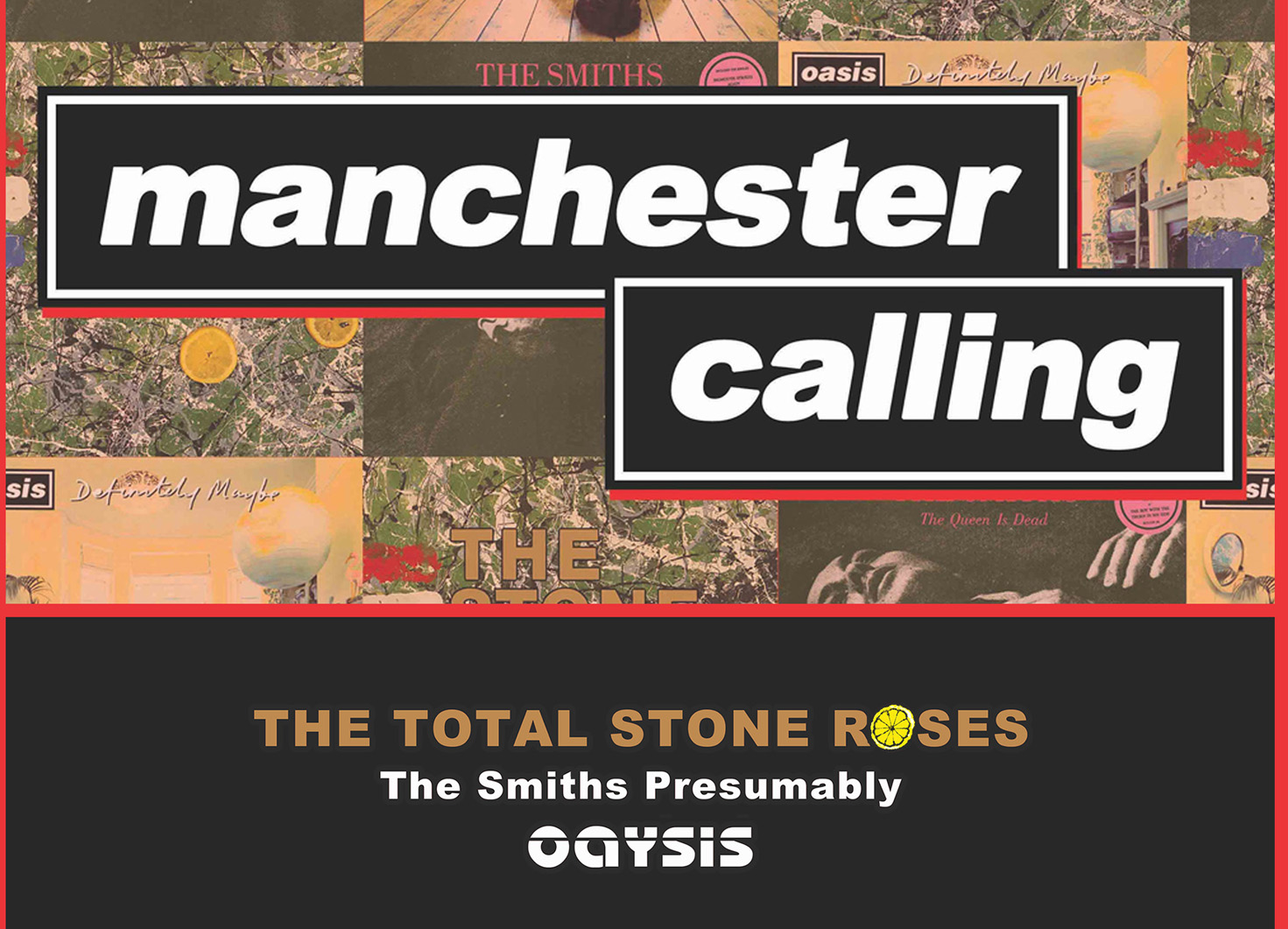 Manchester Calling! is a night celebrating iconic Manchester music by THE STONE ROSES, OASIS, THE SMITHS and MORRISSEY.

Featuring live performances by #1 tribute bands: The Total Stone Roses, The Smiths Presumably and Oaysis, if you’re keen to hear your favourite Manchester anthems performed LIVE by exceptional tribute acts, surrounded by like-minded music fans, this event is for you.
———————————————————-
THE TOTAL STONE ROSES
https://www.facebook.com/thetotalstoneroses

Touring nationwide for the past decade, performing anthems such as Waterfall, I Wanna Be Adored, Sally Cinnamon, I Am The Resurrection and more, this Blackpool 1989 era tribute to The Stone Roses will have you bouncing around like you’re at SPIKE ISLAND!
———————————————————-
THE SMITHS PRESUMABLY
https://www.facebook.com/thesmithspresumably

Without doubt, The Smiths Presumably are the most accurate tribute to The Smiths / Morrissey on the circuit. If you want to hear classics such as Bigmouth Strikes Again, How Soon Is Now?, Panic + Morrissey solo material, buy your ticket today!
———————————————————-
OAYSIS
https://www.facebook.com/oaysis

OAYSIS perform tunes such as Supersonic, Don’t Look Back In Anger, Wonderwall and more with absolute accuracy. This is the closet thing to seeing OASIS live, check their videos. They’ll bring the spirit of Knebworth to you!