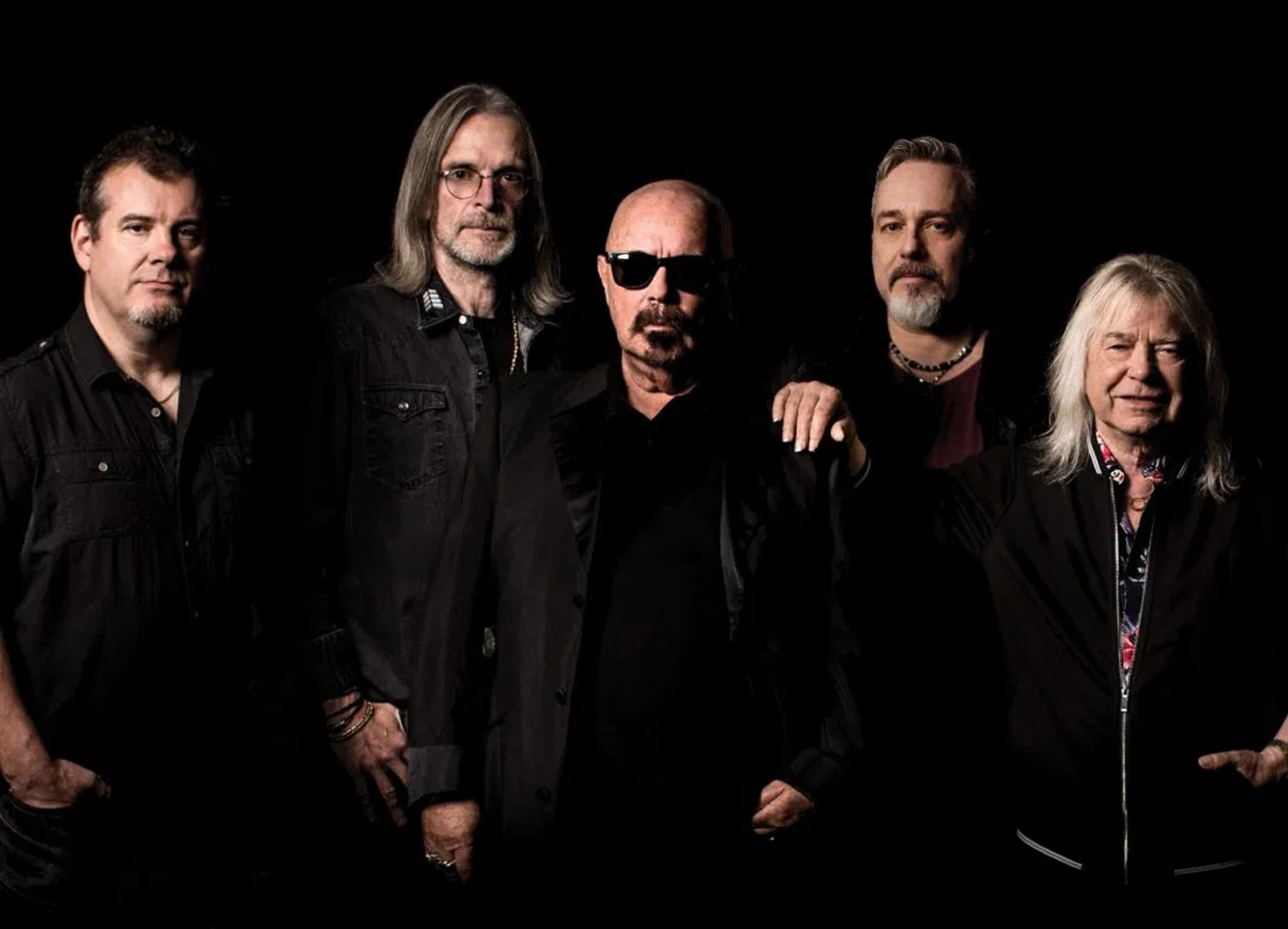 Magnum are an English hard rock band formed in Birmingham by Tony Clarkin (guitar, songwriter) and Bob Catley (vocals) in order to appear as the resident band at the Rum Runner nightclub in the city. Magnum have undergone several changes in personnel over the years; however, the core of Catley and Clarkin remain.

Magnum’s most significant early success was ‘Chase the Dragon’ in 1982, which reached number 17 in the UK Albums Chart. It included several songs that would become mainstays of the band’s live set, notably “Soldier of the Line”, “Sacred Hour” and “The Spirit”. On a Storyteller’s Night gave the band its breakthrough in Europe, and achieved a Gold certification in the United Kingdom.

The band’s 1986 album Vigilante represented a further move towards the mainstream before the band achieved their commercial peak in 1988 when they entered the UK Top Ten for the first time with the album Wings of Heaven, which reached number five and featured three Top 40 singles, “Days of No Trust”, “Start Talking Love” and “It Must Have Been Love”. It was followed by Goodnight L.A., which was produced by Keith Olsen and reached number nine in the UK Album Chart in 1990. It produced another Top 40 single for the band, “Rockin’ Chair”.

In 1995, Clarkin announced Magnum’s split; however, Clarkin and Catley continued working together as before, now under the name Hard Rain, until Catley left in 1999. Magnum reformed in 2001 and has enjoyed late-career commercial success. Their most recent album, The Serpent Rings, was released in January 2020.