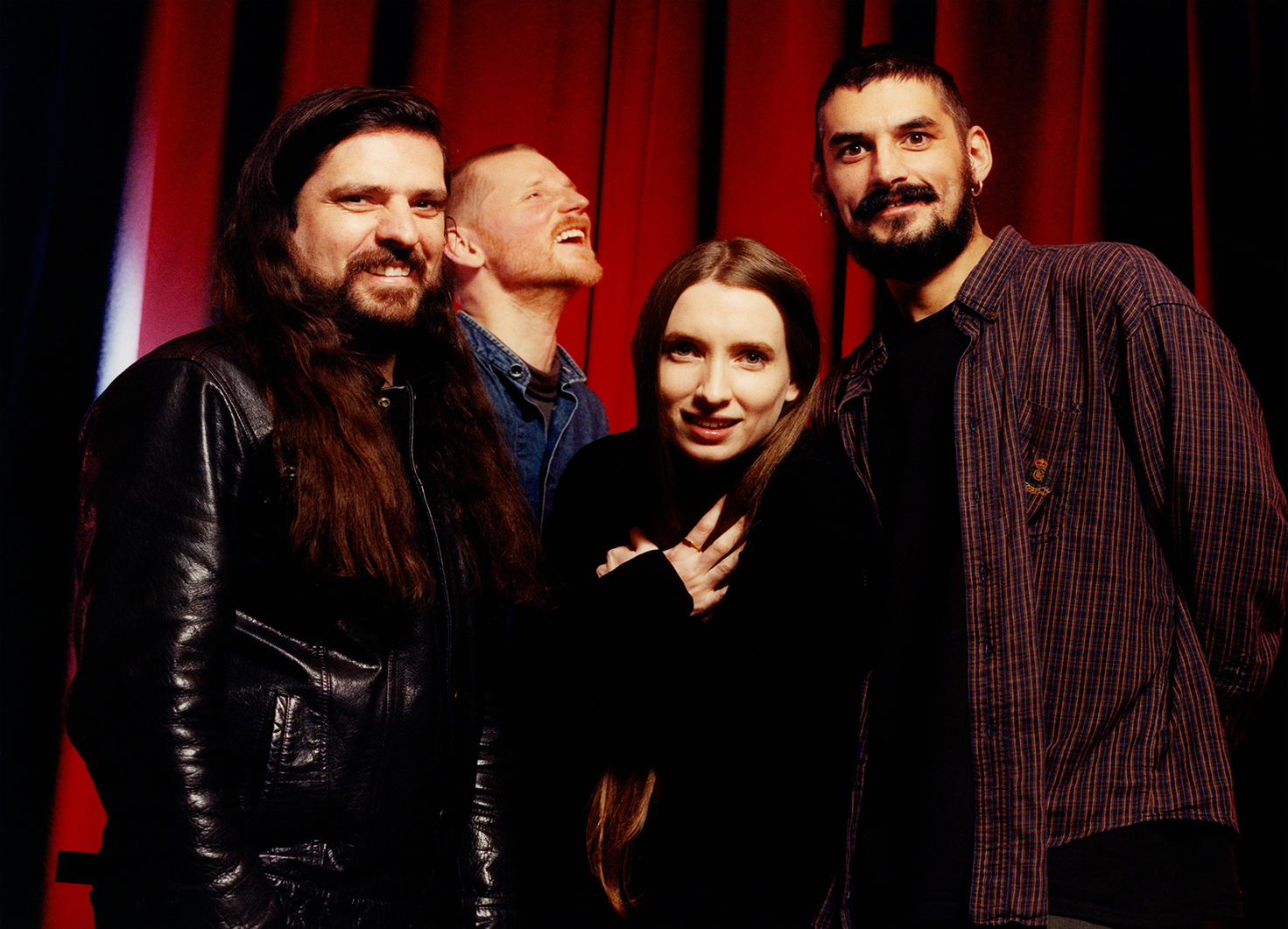 Dry Cleaning’s guitarist Tom Dowse, drummer Nick Buxton, and Lewis Maynard had been friends and musical collaborators for years; at first Dry Cleaning was simply their latest project, formed after a karaoke night and based out of the miniscule garage next to the house of Maynard’s mum. One day, however, after a mutual friend’s exhibition, Dowse played some snippets of what they’d been working on to Florence Shaw, a visual artist, picture researcher and drawing lecturer.

A few days later, she came to his flat armed with a copy of Michael Bernard Loggins’ ‘Fears Of Your Life’ to read out over the music, and later still started contributing words of her own.

Before long she was the group’s frontperson, her dryness, wit, and linguistic acrobatics acting as the perfect counter to the musicians’ taut instrumentals.

Eventually they produced two thrilling EPs, 2019’s Sweet Princess and Boundary Road Snacks and Drinks. Buoyed by the universal acclaim they received, the foursome spent more and more of their lives on tour, refining their craft even further. The intensive time they spent together meant they developed a near-psychic knowledge of how to leave the right amount of space for each other in their songs. On stage, the contrast between the stillness of Shaw and the emphatic energy of Dowse and Maynard became even more pronounced.

They swapped influences from Black Sabbath to Augustus Pablo to Yuzo Koshiro as they travelled. “It all absorbed,” says Dowse. “Then when we got back to writing, we felt like we were drawing very organically from a collective palette.”

New songs began to emerge that were bigger, more ambitious and more complex than before, early iterations of what would eventually make up their exceptional debut album New Long Leg. Take ‘Every Day Carry’’s psychedelic meltdown for example, or the lurching and dramatic ‘Unsmart Lady’, or the dizzy melancholy of ‘Leafy’. “We’ve grown in confidence, just the reassurance of knowing there’s an audience interested,” says Shaw.

By June John Parish had emerged as the perfect producer and was keen to explore these creative developments. He asked them to bring along the Sea Change recordings, as well as their other demos. The band holed up with him at Rockfield Studios in rural Wales for two weeks, finding this isolation from the outside world “liberating,” as Buxton puts it. They got on well with Parrish, buoyed by his enthusiasm, directness, and full-bodied commitment.

“We feel incredibly lucky to have worked with John,” Buxton continues. “There’s so much energy, concentration and organisation that goes into the making of a record that we didn’t fully understand before Rockfield. John knew exactly when to push us, when to challenge, and also when to tell us when something was working great.”

“It’s not just sheer pent-up energy all the time in the way that the first two EPs were,” adds Shaw of the resultant album. “I feel more confident with leaving gaps”. More than just her spoken vocals set to the band’s instrumentals, music and lyrics are tightly intertwined on New Long Leg. There’s tension when they duel with one another, satisfaction when they move in snaking tandem, and breathless anticipation when she steps back for a moment to let the music build. She’s constantly speeding up and slowing down, alliterating, repeating, rhyming, umming, erring and stuttering with pinpoint accuracy.

“It has a musicality to it,” says Buxton of his bandmate’s style. “There’s something about the rhythm and the gaps she’s leaving between lines that’s intricate and gets quite technical at times. There are so many details that make her vocals quite hard to imitate.”
“It’s hard for me!” says Shaw. “When we were recording based on the demos I’d be like ‘what the hell is that gap between those two words? It’s uncountable!’”

Add to that the sheer potency of the words themselves and you have something wholly remarkable. Shaw extracts the most immense meaning from the most trivial things; on ‘Scratchcard Lanyard’ air fresheners become mighty oaks, and Instagram filters become exotic destinations. She peppers the songs with a thousand tiny details, little witty asides about supermarkets, cupboards, beauty products and body parts add up to sonic landscapes that teem with the strange magic of ordinary life.