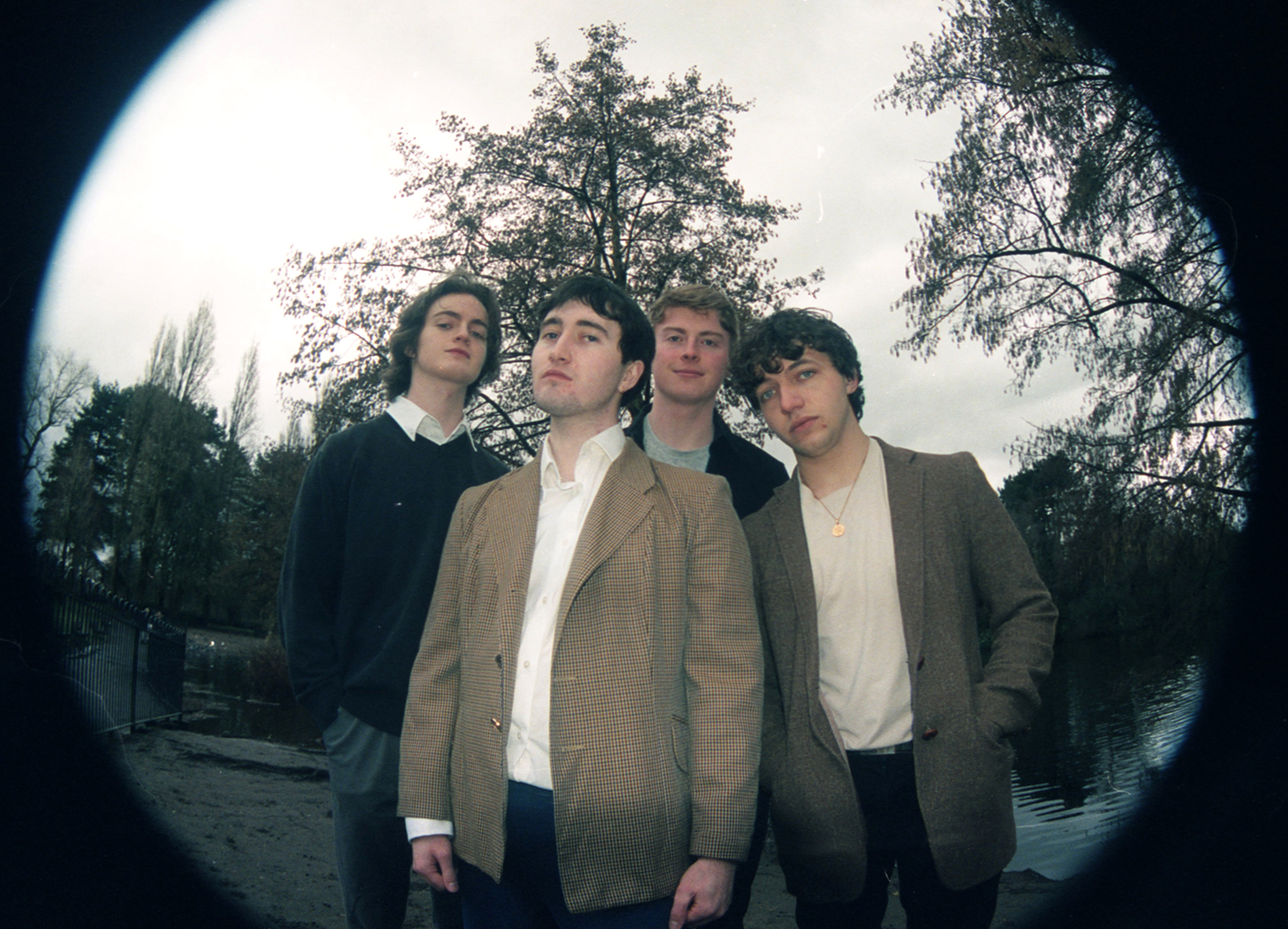 The Liverpool four-piece’s new single is an anti-anthem for a generation nobly stirred by the cruelty of horse racing and the gambling industry propping it up.

“I don’t care if he dies, it’s entertainment,” sings frontman Sean Murphy-O’Neill in the verse as a rambunctious indie guitar-led sound builds.

In what would have been the ultimate prank, Courting booked a high street chain betting shop as the location for a music video. But, the shop pulled the plug after closer examination revealed the band were throwing shade on them.

Instead the video finds the band performing in a drab pub chaotically flitting between imagery of televised horse racing, betting, drinking and arguing whilst building towards a mocking climax.

‘Grand National’ is on the EP alongside their late-2020 release, ‘Popshop!’, and two previously unheard songs that are held back until the EP is out: ‘Crass’ and ‘Slow Burner’.

‘Popshop!’ was greeted brilliantly by industry. It landed on the BBC 6Music playlist, and top publications included the band in their tips for 2021 lists soon after its release. NME 100, DIY Hype List 2021, Daily Star Ones To Watch 2021 & DIY Hello 2021. The four-piece only formed in 2018 so they’re hitting these milestones really early on.

The band’s first ever singles (‘Not Yr Man’ and ‘Football’) were self-released and caused a stir on the vibrant Liverpool indie scene. Nice Swan Records responded to the buzz by signing them for their third single (‘David Byrne’s Badside’), and for the upcoming EP.

Courting follow in the footsteps of Sports Team and Pip Blom by putting out an EP through Nice Swan Records. The label is a small operation but blossoming thanks to its track record in breaking bands. And the odds are the label will continue its run of spotting top talent early with Courting well and truly on track to gate-crash the mainstream.